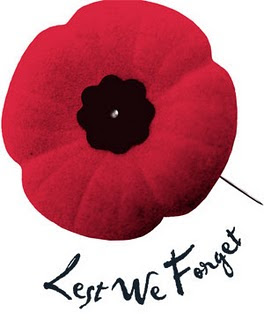 NuLabour have been more than willing to send young Brtish troops off to fight and die for them. Not one member of the current Government has served as a soldier. Yet they throw our kids into foreign wars at every opportunity.

Soldiers do not moan about this, it is after all their job. It's a nasty job, but our fighting men and women do it better than anyone else in the world. All they ask is that the covenant be honoured.

Nu Labour care little for the covenant. They see it as something to be ignored, cast aside (look at Johnny Gurkha and his treatment at the hands of NuLabour) and treated with contempt.

I've known this for some time - it is a sad reflection of who our Leaders are. However... I have today discovered something about Ed Balls (Hard Core Nu Labour) that has made me feel ill.

Ed - Who earns a princely sum as an MP decided he'd reclaim the cost of a Poppy Wreath... In Ed's world the life of a fallen soldier isn't worth 33 quid. It would appear it's worth nothing.

I collect money for the Legions Poppy Appeal every year and something that always renews my faith in my fellow Countrymen is the amount of people who put pennies into the collection bin. Old folk, young kids, black, white, rich and poor. They all seem to find a couple of quid to help out the Men and Women who keep and have kept them safe at night.

Ed Balls is a disgrace. There is no spin that can be put on this story. There are no lies that can undo this complete and total lack of respect. Hang your head in shame Mr Balls. You are without doubt - a complete tosser...