I'm Not Really A Dolphin Trainer...

A Student at Oxford is being investigated by the University after claims he lied about his A level grades to win a university place.

I feel for this young chap I really do... And I have to come clean. To all those lasses, who back in the day fell for my charms - I'm not really a Dolphin Trainer and I cant fly Helicopters either *ahem*
Posted by Cold Steel Rain at 07:35 No comments:

Man The Fuck Up You Tart

Beardy chinless wonder MP Paul Flynn, of Newport West has suggested that 'oafs' with a firm handshake should be 'charged with assault'
Precious Paul claims they are 'Unnecessary, unhygienic, germ-spreading intrusions' [Ed - So are the Cabinet you Gimp]

Princess Paul is a Labour MP.. The Party that has sent Troops off to fight in not one, but two unecessary wars.

British Troops on the Frontline regularly patrol with kit weighing in at 70lb in temperatures in excess of 40 degrees. I'm fairly convinced most of them have 'bone-crusher' handshakes.

Perhaps Paul should fuck off over to the Afghan and shake hands with the boys who put up with constant pain to fight his Party's shitty Wars. He could even carry out a couple of foot patrols - I'm sure the lads would love to hear his 'yelps of pain' or chuckle at his 'grimaces'

Or perhaps the big girls blouse should man the fuck up.. 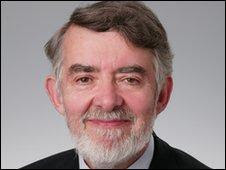 MP Paul 'Ooh I could crush a grape' Flynn - Certified Wanker.
Posted by Cold Steel Rain at 04:44 No comments:

Stop saying it how it is FFS...

Tory MP David Davies has upset the Lefty's it appears..

He dared to imply that the upbringing of Balal Khan, 14, of Stoke-on-Trent, who raped and robbed a woman should be investigated.

The MP said the sentence was inadequate, adding: "I think there is a wider question here - what is it about this young man's upbringing, what about his community or his parental upbringing that led him to think that women are second-class people whose rights can be trampled over like this?"

Jenny Willott, Liberal Democrat MP for Cardiff Central said: "To make the suggestion that certain religions or communities are more prone to raping women because of their attitudes is very dangerous and I am disappointed that a Member of Parliament would make that connection with seemingly little evidence to back it up."

Everyone's just like you Jenny Willott, Liberal Democrat MP for Cardiff Central.. All warm and fuzzy and luvverly.. Twat...
Posted by Cold Steel Rain at 07:39 1 comment:

Well thats the War lost then...

The Curse of Jonah is upon the Afghan shores.. The Optically Challenged Fuckstick has spoken...

British Prime Minister Gordon Brown has said mid-2011 should be the deadline for "turning the tide" in the fight against insurgents in Afghanistan.

I bet the lads in the Helmand are chuffed to NAAFI Break with that one.. No Choppers - Piss poor Armour and a Defence Secretary who couldn't organise a piss up in a brewery with the fucking bottle tops off...

You've got 18 months to sort out the disaster Lads (get sharpening them sticks - there's fuck all left in the Defence Budget)
Posted by Cold Steel Rain at 04:19 No comments:

The Telegraph is today reporting that children as young as Seven are to be given Sex Education lessons.

NuLabour have decided yet again that 'they know best' and are determined to strip away the innocence of the Nations kids.

My Lad will be Seven in March.. So I thought I'd launch a pre-emptive strike against the Government (I know how much they like them)

So here it is for CSR Junior. Two pictures to educate him. 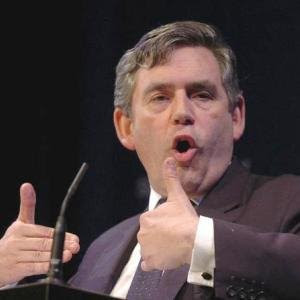 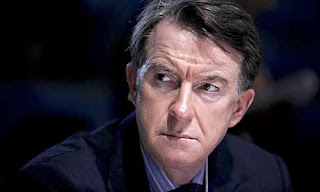 A PRICK
Posted by Cold Steel Rain at 04:12 No comments:

Dr David Kellys autopsy results are to remain a closely guarded secret for the next 70 years..

So no one involved in this murder tragic event will be held to account. It's all quite revealing though. I mean a Government who want us to have ID Cards shout out 'If you have nothing to hide, you have nothing to fear!' So come on Lord Hutton, what are you hiding?

The BBC's Hacks are of course all over this story like a cheap suit and are not in fact running a tedious non-story about Egotistical Millionaires telling everyone else to cough up for the needy..

/sarcasm
Posted by Cold Steel Rain at 02:02 No comments:

I Miss My Cold War

We all knew where we stood back then (I mostly stood in front of Army Barracks in Germany with my SLR) I could pop down to a local Bar - binge drink myself into a stupor on the silky velvet Warsteiner brew us Toms called 'Wobbly' It was the norm. Work hard play hard. I suspect Brits have been binge drinking since they first discovered alchohol.

Common sense was also the norm... I worked on Armoured Fighting Vehicles that would crush a young Squaddie to pulp in the blink of an eye. I was given a Health & Safety lecture by my Troop Sergeant on my first day around the Tanks. 'Keep your wits about you' he said. That was it. No tedious PowerPoint presentation, no meetings and no risk assesments. We relied on common sense.

The bogeyman was almost real back then. He didn't have the Daily Mails Suicide Bombers lurking on every street corner.. He had the 3rd Shock Army. We knew our place and they knew theirs and our Nukes made sure we stayed in them.

There was no 'War On Terror' even though Terrorist bombs went off every other week back in mainland Britain. As a Soldier in Germany I was a soft target for the PIRA. I never really spared it much thought. I weighed up the chances of being killed by them and if I'm honest, I was of the opinion I was more likely to be killed by my trousers than a PIRA attack. It's much how I feel about the chances of being blown to bits by a beardy nutcase today.

My last 6 months were a sign of things to come however. We had to attend a 'Smoking is bad for you' Lecture given by a Major in the Medical Corp. I managed to get myself in a spot of bother with the Sergeant Major when after the 2 hour lecture the Medic asked if we had any questions. I raised my hand and said 'Any chance of a fag break Sir?'

My Home - My Castle

Munir Hussain and his family were tied up in the home by
Posted by Cold Steel Rain at 00:27 No comments:

I stumbled upon this little gem over at ukspidersweb

It reminds CSR of his young days as a Soldier during the Cold War facing down the rather large and quite scary 3rd Shock Army. The story went thus...

A young Officer interrupts a Sergeant Major who is bellowing at some recruits. 'I say Sergeant Major' he says 'These new recruits aren't like the Soldiers of yester-year. They need to know the ins and outs and the reasons why'

'I see Sir' says the Sergeant Major 'Leave it to me'

The following morning the Sergeant Major has the recruits formed up around him in a semi-circle. He pulls an object from his pocket and throws it to the ground. 'Right lads' he says 'This is a grenade with the pin pulled out. Ordinarily I'd shout TAKE COVER! But I understand you lot want to discuss it'
Posted by Cold Steel Rain at 07:14 1 comment:

Cross Off Another Party 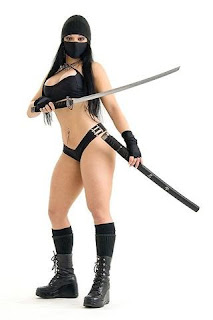 UKIP Want to ban this pic...
So they are now crossed off my 'Who do I Vote For' List
Posted by Cold Steel Rain at 04:35 No comments:

I don't like standing out in the cold to smoke a cigarette. I find it annoying. But what really gets my forehead vein pounding fit to burst is watching old Billy go for a ciggy.

He struggles to get outside with his two walking-sticks (refusing offers of help - he's a proud man) His 89 year old body then has to hack the rain, wind and more recently snow (I've told him to hang on a bit longer. Climate Change will keep us all warm - Al Gore says so)

Billy was a Desert Rat in El Alamein. He fought against the Africa Korp with the 8th Army. He stands 5' 6" tall and weighs no more than 7 stone pissed wet through..

A young chap asked Billy this weekend why he just doesn't pack in the fags and knock it on the head. Stating if he carries on standing outside much longer the weather will kill him off for sure.

Billy pulled on his flat-cap grabbed his sticks and said 'There was this old chap Hitler and his pals back in the day. They wanted to tell us all what to do with our lives and like I said back then... They can fuck right off'

I laughed so hard I nearly fell off my stool.
Posted by Cold Steel Rain at 00:57 No comments:

So here I am

Time to put my view in methinks...

Standby for action
Posted by Cold Steel Rain at 00:26 3 comments: